General Overview of Fashion for the Model A Era

The fashion of the Model A era was quite distinctive from today's fashion trends.

Most of the waistlines hung around the hip; however, they were placed back around the normal waistline in the 30's

Hats were usually constructed of straw or wool and fashioned in a shape called a cloche. The cloche was so harsh looking that it went out of style around 1930. After that, a more flattering hat with either a large or short brim was introduced.

Curled around the ear, a short haircut was stylish until a mid length hair cut became popular in the 30's. The hair was wavy and certainly never colored.

Very thin eyebrows that had been plucked were stylish during the Model A period. At times, a pencil was used to draw the thin eyebrow. A red, heart shaped lip, called bee-stung lips, were worn by stylish women in the 20's. But, the depression brought a newly shaped lip with straight lines painted outward.

Around 1929, the hemline went from just below the knee to the lower calf level. New levels appeared in the 30's, and hemlines were often uneven. These stylish hems of the day were often longer in the back than the front.

A little bit of everything could be seen in the stylish shoe of the Model A period. Ankle straps, T-bars, thick, clunky heels, flats, round toes, colors of all hues . . . ladies could select what they felt was flattering to their overall look.

A stylish man often had shoulder pads, that made his shoulders look manly and broad, tucked into his flannel suit, which had a small lapel and cuffed pants. Men topped off the look with laced-up shoes. However, one could still see knickers accented with canvas shoes about town.

A stylish baby no longer wore frills. Instead, rompers or dresses that were cut shorter were popular. Older girls wore sweaters during cooler weather and outer wear was loose. 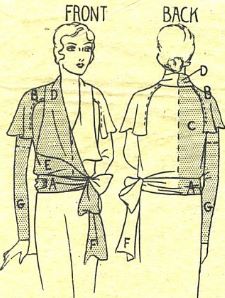 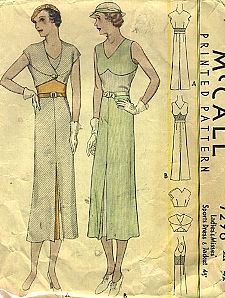 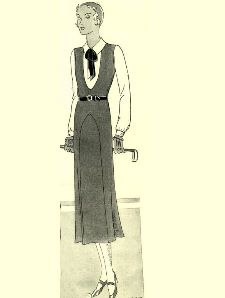 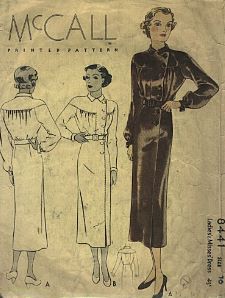 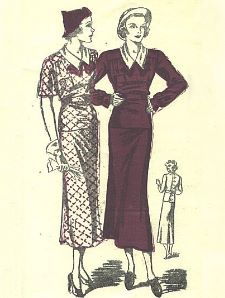 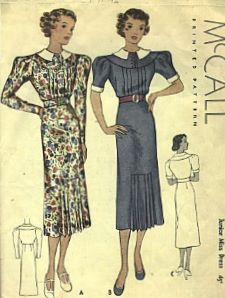 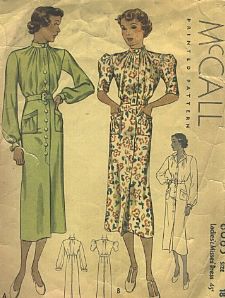